Question: How does this 3D technology work?

Mini Activity
If you have done the mini activity you probably saw that the apparent position of the writing utensil seems to shift from side to side as you shift your vision quickly between your left and right eyes. What our brain does so well is that it takes the two images your eyes feed it and uses the differences to compose "depth." This idea of combining two images to create depth is called stereoscopic imaging.

The great challenge for 3D technology is that a static image like a photograph combines the foreground and background of all objects in the image such that our brain sees them as all being at the same distance. For example, view the image of the amazing Grand Canyon below. 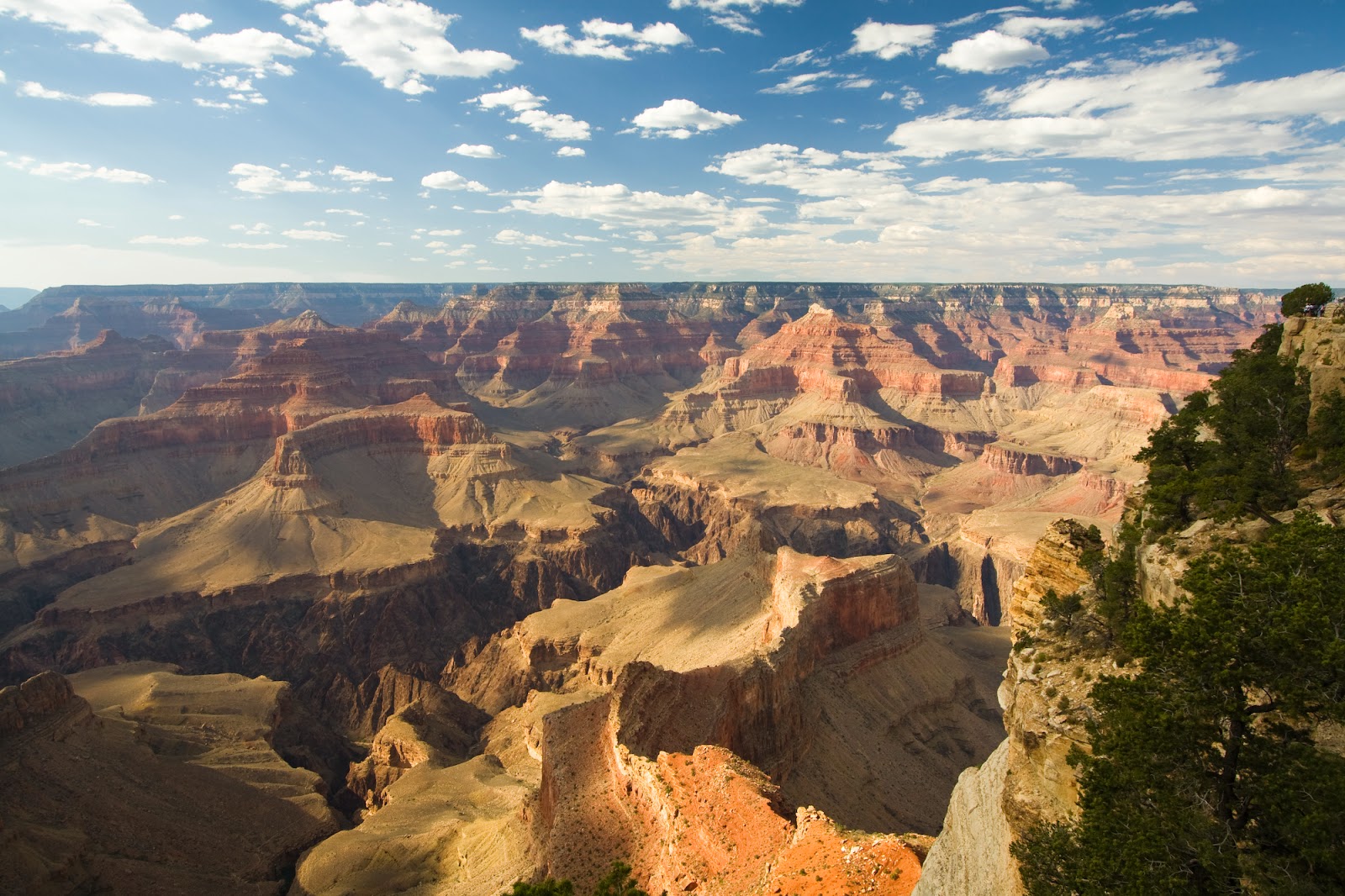 As you look at the image your brain knows that the picture represents a real three dimensional space, but it also knows that the image is about 18"-24" away on a flat screen. If we wanted the image to "pop," or in other words look like it was not on a flat surface we can manipulate the image so that our brain no longer sees the image on a "flat" surface but instead as a 3D space.

To do this, we first used anaglyphs. These were images that were colored red and blue. An example of one can be seen below: Anaglyphs work because someone took an image like the one above, and copied it. They then laid either a blue or a red tint over the image and offset the two images by a small margin. The reason we offset the images is so that we can create the illusion (to our brain) that each eye is seeing a unique image. Our brain puts together images with the built in idea that those image are coming from two slightly different perspectives (as we explored in the mini activity above). We then put on the red-blue glasses which allows each eye to see its unique image. Our brain then combines the two images, and based on the coloring interprets the anaglyph as having depth.

For the most part this process is quite inexpensive and easy to do. The glasses that allow us to view these red/blue anaglyphs are relatively inexpensive and therefore for many years this type of 3D prevailed. However, it has its draw backs. They most obvious being color distortion. To fix this scientists turned to polarized light.

To understand why this could work, you must first understand the nature of light. White light, like that which comes from the sun and out of movie projectors comes out in many different frequencies and orientations. Polarized light however is a way in which we can change or limit the direction of the light coming into our eyes. Say for instance you were looking at a car window and it had a glare. The glare is due in part to light hitting the surface and bouncing into your eyes. In truth the light could be in many different orientations. It could be right side up, left, right, and upside down.* However, when you use a polarized lens like polarized sunglasses they are created such that they only let one orientation of light through. Say you are wearing glasses that only let light traveling ride side up through. All other orientations would be blocked, thus reducing the amount of light entering your eye and reducing the overall glare. This is why polarized sunglasses are so effective at improving our visibility and reducing distractions due to light while driving. Here is a short film that helps to explain polarizing light:

Using polarized light allows us to trick the brain into seeing two different images without color distortion. We polarize the light coming out of the projector, it bounces off a special screen that maintains the polarizing effect and then comes in our eyes to be interpreted by our brain!

At first, there were issues with polarizing light as a means to view 3D content. Linear polarized light (described in the above video) works great if your head is perfectly still and not turning side to side, but we as humans fidget a lot! Therefore, scientists and film makers needed a type of polarized light that allowed for side to side and fidgeting motion. Introduce circular polarized light. Check out the video below for a great explanation from Professor Phil Moriarty (the entire clip is great, but start at 6:31 for an explanation on circularly polarized light):

Overall, starting with early 3D technology and stereoscopic imaging to red-blue anaglyphs, to our now circularly polarized projection equipment, 3D technology has come a long way towards changing the way we view entertainment not only at the theater but also in our own homes!

*The orientations of light used in this section are done so as an analogy. In truth, light has many different orientations which are complex.

What are people saying about 3D Movies?

Have you ever seen a 3D Movie?